Marguerite-Magdelaine La Framboise (1780-1846), also known as Madeline La Framboise, was one of the most successful fur traders in the Northwest Territory of the United States. She was of Odawa and French descent, and spoke the French, English, Odawa and Ojibwe languages fluently. 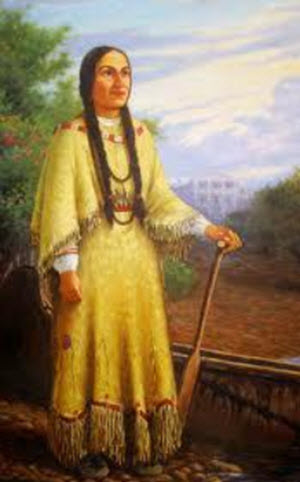 She retired from the fur trade in her early 40s, after selling her flourishing busines for a large amount of money. Afterwards, she started a school for Native American children on Mackinac Island, and also supproted Sunday School and other activities at Sainte Anne Church.

The house that La Framboise had built on the island is still standing – it is now the Harbour View Inn. Next to the house is Saint Anne’s Church, built on land donated by La Framboise.

La Frambois lived in what is now western Michigan, and she has been a part of The Michigan Women’s Hall of Fame since 1984.

Marguerite-Magdelaine Marcot was born in Fort St. Joseph, Michigan, in February 1780 or 1781. She was the youngest of seven children born to the French fur trader Jean Baptiste Marcot (1720–1783) and the Odawa woman Marie Nekesh (c.1740 – c.1790). Marie was also known as Marianne Amighissen, and she was the daughter of Chief Kewinoquot.

In 1783, Jean Baptiste Marcot was killed. When he was still alive, he had sent his children to be educated in Montreal when they got old enough, but after his death Marie could not afford to do this. After the British abandoned Fort St. Joseph, Marie moved with her children to Mackinac.

Marguerite-Magdelaine was baptised together with her sister Therese by a Roman Catholic priest on Mackinac Island on 1 August, 1786.

With her youngest daughters, Marie Nekesh lived by the mouth of the Grand River on the eastern shore of Lake Michigan, in an area that we today know as Grand Haven. Back then, it was a Lac Courtes Oreilles village, and the river was an important trade route into the interior of Michigan. After living here, both Therese and Marguerite-Magdelaine were fluent in not just French and Odawa, but also English and Chippewa (Ojibwe).

In 1794, the young Marguerite-Magdelaine married Joseph La Framboise (1765-1806). The couple was married by Odawa custom, which back then was known as ”the custom of the coutry”.

Their first child, Josette La Framboise (1795-1820), was born on 24 September 1795. Their son Joseph La Framboise (1805-1856) was born in March 1805. With the money from her successful fur trade business, Marguerite-Magdelaine could afford to eventually send both her children to Montreal to be educated in French schools.

On 11 July, 1804, the couple had their marriage solemnized by a Catholic missionary at Mackinac Island. 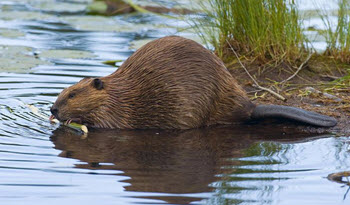 Together with her husband Joseph, Madeline established trading posts in the Grand River Valley of west Michigan.

Every fall, the couple would bring trade goods to buy furs from the Ottowa from Mackinac Island down to the Grand River area, and every spring they returned with the furs they had bought. She acted as an arbitrage trader benefitting from the lower value of fur in the rural areas and the lower value of other trade goods in the city. This allowed her to benefit twice on each trade.

Eventually, the La Framboises created the first permanent mercantile building in the west Michigan area, and it developed into what we today know as Fallasburg.

Madeline wasn’t the only woman in the fur trade on Mackinac; her sister Therese was a fur trader too. Therese had moved to Mackinac in 1805 with her husband George Schindler and daughter Marianne, settling down not far from where the La Framboises lived.

In 1806, when Madeline La Framboise was 26 years old, her husband was murdered, and the full responsability of the fur trade enterprise and caring for the family fell on her. Not only did she continue to manage the trading posts, but she also expanded the business westward and northward on Michigan’s norhern peninsula.

In an era where an experienced fur trader could expect to make around $1,000 per year (which was a large sum at the time), La Framboise made $5,000 to $10,000 per year. La Framboise spoke several languages and had cultivated a strong network among the Native American fur trappers, which gave her an edge in the competition against other fur traders.

In the book ”A Snug Little Place/ Memories of Ada Michigan 1821 – 1930”, Madeline La Framboise is mentioned.

“La Framboise, the half-Ottawa wife of a murdered French trapper, owned a string of trading posts in the Grand River Valley. Reputed to be no ordinary woman — probably for succeeding in an exclusively male trade in the “pays d’en haut” or savage country.”

After competing successfully against John Jacob Astor’s American Fur Company for many years, she decided to become an affiliate instead in 1818. In 1822 she sold her business to him for a large sum of money and retired to Mackinac Island.

Life after retiring from the fur trade 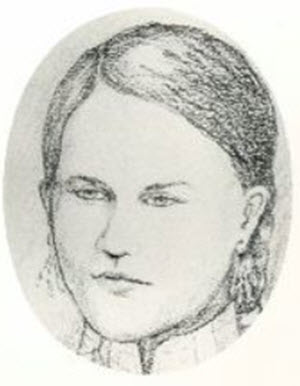 After selling her business, La Framboise was a wealthy woman, and she had a stately home built on Mackinac Island. The construction was managed by her son-in-law Captain Benjamin Pierce, commandant of Fort Mackinac.

Now with more time on her hands, La Framboise taught herself to read and write and both French and English. She also started a Catholic school for Native American children on the island, housing it in her own home.

Her devotion to Saint Anne’s Church helped keep the island congregation together for several years when there was no regular priest. The parish register lists her as the godmother for many baptisms and witness to many marriage ceremonies. Eventually, La Frambois donated the property next to her home to erect a new churchbuilding on.

In the 1830s and 1840s, La Framboise hosted many prominent visitors, including the writers Sarah Margarat Fuller and Alexis de Tocqueville. Fuller eventually wrote about the visit in her book Summer on the Lakes, where she describes La Framboise as ”… the widow of a French trader, an Indian by birth, and wearing the dress of her country. She spoke French fluently, and was very ladylike in her manners. She is a great character among them. They were all the time coming to pay her homage, or to get her aid and advice; for she is, I am told, a shrewd woman of business.”

La Framboise died on 14 April, 1846. According to her own wishes, she was interred beneath the altar of Saint Anne’s Church on the island. In the 1960s, her body – as well as the remains of her daughter Josephin and her granddaughter Josette – were moved to the churchyard. In the early 21

st century, a crypt was built for prayer and internments, and the remains of the La Framboise family was reinterred there on 26 July, 2013. Some of Madeline Framboise’s descendants were present at the reinterment ceremony.