During the infamous Salem withc trials of 1692, the Native American woman Tituba was the first person accused of practicing witchcraft.

Tituba was a slave owned by Samuel Parris, the Puritan minister in Salem. Her exact origins are debated. She was brought from Barbados to Boston by Samuel Parris after a hurricane had hit the island, damaging much of his property there. Another slave named John was also brought to Boston by Parris on the same trip. 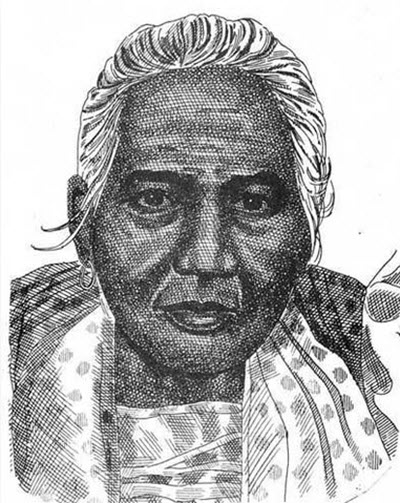 Hardly anything is known about Tituba’s life before the witchtrials, or after her release from the arrest. We only know about the part of her life where she was a pivotal figure in one of the world’s most well-known witchtrials.

We do not know where Tituba was born and where she grew up. She might have been living in Central America before coming to Barbados. Theories suggesting that she was of African origin have been contradicted by historians. Contemporary sources describe her as ”Indian”.

In Gov. Thomas Hutchinson (1711 – 1780) written history of the Massachusetts Bay Colony, Tituba is said to be a Spanish Indian.

Tituba was married to a man called John Indian. He was a Native American, possibly from Central America. During the Salem Witch Trials, he became one of the accusers.

The Salem witch trials were a series of hearings and prosecutions of people accused of witchcraft in colonial Massachusetts between February 1692 and May 1693. Tituba was the first person tobe accused of practising with craft. She was imprisoned, but eventually resleased. The Salem With Trials resulted in 20 people being executed, of which 14 were women. Five others died in prison. This group included two infant children.

How the witch trials were carrried out was heavily critizised even by contemporaries, including several priests and ministers. Today, the Salem Witch Trials are often cited as an example of mass hysteria. 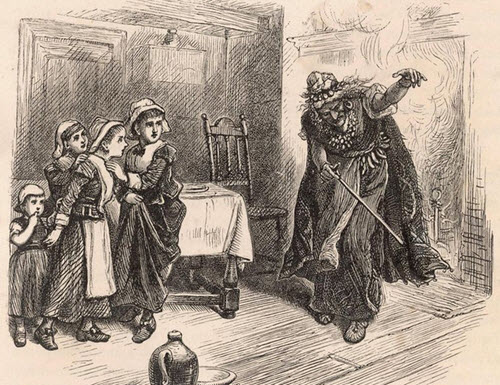 Eventually, other young women in the community began having similar attacks.

Tituba was the first person to be accused and arrested as a part of the Salem With Trials. She was accused of attracting girls like Betty Paris and Abigail Williams with stories of enchantment from the treatse Malleus Maleficarum.

Soon, Sarah Good and Sarah Osborne were also accused and arrested. These were white women, and they were not slaves or identured servants. Still, Sarah Good had a very low social standing in the community, since she was a homeless beggar. In the case of Sarah Osborne, she had married an indentured servant after becoming a widow, and many members of the community dissaproved of how she tried to control her son’s inheritance. (A son born in her first marriage.)

The three women were brought before the local magistrates and were interrogated for several days.

Among the people accused, Tituba was the first to confess to witchcraft in Salem Village. Initially, she denied any involvement in witchcraft, but later she confessed to making a ”witchcake”, due to being beaten by Samuel Parris with the intention of getting a confession.

When questioned later, Tituba declared that she had learn occult techniques from her mistress in Barbados, who taught her how to ward hersefl from evil powers and how to find out the source of withcraft doings. Tituba asserted that she herself was not a witch, since this type of knowledge was not intended to be used for harm, only for protection. Yet, she admitted that she had participated in an occult ritual where she made a witchcake in an attempt to help Elizabeth Parris.

In her confession, Tituba accused other members of the community of witchcraft, and she told her interrogators very elaborate stories. She did for instance talk about riding sticks to various places, and claimed that Sarah Osborne possessed a creature with the head of a woman, two legs and wings. Her confessions had notable similarities to certain stock tropes of demonology.

Unlike many others accusted during the witch trials, Tituba was not hanged. Instead, she was released from prison by Samuel Conklin. We know hardly anything about her life after this.