Mary Kittamaquund (born circa 1634) was a Piscataway who helped establish peaceful relations between Native Americans and English immigrants to the colonies Maryland and Virginia. Back then, the Piscataway was the most populous and powerful Native polities in the Chesapeake Bay region. 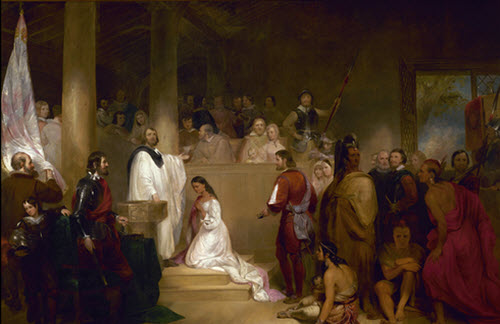 In 2009, an historical marker was erected in Virginia to honor Mary Kittamaquund. It is located in front of the Aquia post office, on the historic road to Richmond (Route 1).

The early Virginia Company (1606-1624) consistently allied themselves with Native American enemies of the Piscataway, and their involvment had an impact on the regional power balance.

When the English started colonizing what is now Maryland in 1934, this changed, as they formed an alliance with the Piscataway chiefton (Tayac) Kittamaquund. Kittamaquund granted the English a former Native American settlement, which was renamed to S. Mary’s City.

Mary Kittamaquund was born to the Piscataway chieftain Kittamaquund around the year 1634. When she was born, the family wasn’t Christian and she was not given the name Mary. Her original name is unknown today.

In 1639, after believing that the Jesuit missionary Reverend Andrew White had healed his son, the chieftain Kittamaquund converted to the Catholic faith together with his family. At her baptism, his daughter was given the Christian name Mary.

When she was seven years old, her father sent Mary to be raised by Governor Leonard Calvert and Margaret Brent, the first female land owner in the Maryland colony. Both were English catholics, and they had promised her father that they would educate her in the English language and culture.

In 1644, when Governor Calvert was away, Margaret Brent gave her 38-year-old brother Giles Brent permission to marry Mary Kittamaquund, even though Mary was still just a young child.

Governor Calvert died from illness in 1647, and around the same time chief Kittamaquund died as well. After the death of the chief, Giles Brent asserted that he, being Mary’s husband, had the rights to the tribal lands. This was against both Piscataway custom and Governor Calvert’s rules, and also violated the rules of Lord Baltimore’s land grant which had given rise to the English colony in the first place. (Lord Baltimore was Governor Calvert’s brother.)

The same year as Governor Calvert’s death, Giles Brent and his young wife moved to Chopawamsic Island in the Potomac River. The following year, they moved again, this time to the Colony of Virginia, where they settled in what is now known as Northern Neck. 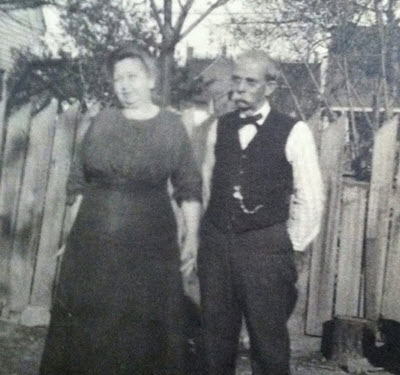 When the third Anglo-Powhatan War had ended, Giles Brent set up a trading post on Chopawamsic Island.

Eventually, Giles Brent’s unmarried sisters Margaret and Mary Brent also left Maryland and came to live with their brother and sister-in-law at a plantation named Peace. Peace, which was owned by Giles, was located in what is now Stafford, Virginia.

Giles and Mary Kittamaquund Brent has at least two sons and one daugther. One of the sons were named Giles and one daughter was named Mary.

We know very little about what happened to Mary Kittamaquund Brent after this, but records show that in 1654 Giled Brent married Frances Whitegreave Harrison who had arrived from England to Virginia the year before. It remaines unclear if Giles Brent was a widow at this point, if he and Mary Kittamaquund was legally divorced, or if they had separated. Giles Brent’s last wills and testaments mentions his children, but not Mary.

It is unclear if this was actually Mary Kittamaquund Brent or another Mary Brent. It is possible that it was a Mary Brent that had migrated to Virginia from Worcestershire, England in the mid-1600s.